A Welch and Sons

​Alfred Welch, the ‘A’ of A. Welch & Sons was born in 1876. Like his father and grandfather before him Alfred became a coachman. Alfred married Ellen Tritton and they had 8 sons and 2 daughters. In time 5 of the sons joined their father in business, and so A. Welch & Sons was born, carrying out household removals, taxi work and supplying horses, carriages and coffin bearers to the four local funeral directors in Herne Bay.

One of the sons, Harold, also assisted one of the funeral directors, initially with coffin making and later with arranging and conducting funeral services. When the sons returned from the second World War, and, in 1948 the family decided to undertake funeral arrangements in their own right alongside the other work the company was doing.

When motor vehicles replaced the horse and carriage our stables were converted into workshops, timber stores and a Chapel of Rest. In 1960 the decision was taken to concentrate solely on funerals. Our premises were continually updated and improved, refrigerated storage facilities and an embalming theatre were installed and we became the first fully equipped funeral directors in the Herne Bay, Beltinge and Canterbury district. During the seventies we had 4 private viewing chapels and a private service chapel built. In 1994 we opened a second branch in Canterbury.

Our premises undergo regular improvements and modernisation. 2012 saw the completion of an extensive refurbishment of our Mortuary and Chapel facilities. Our funeral vehicle fleet is regularly replaced and we currently run a fleet of bespoke Ford vehicles purchased in 2016. A. Welch & Sons remains a family owned, independent funeral directors. The current Managing Director is Tim Welch, Alfred’s great-grandson. Mr. Peter Welch, Alfred’s grandson, is retained as a valuable consultant following his retirement in 2006, having served 40 years in the business.

We have three full-time funeral directors, six full-time funeral service operators, a full-time Pre-Paid funeral specialist, two part-time receptionists and an in house bereavement counsellor. We consider it a great privilege when we are entrusted with arranging a funeral for a family. We are also very aware of the huge responsibility we have to that family. A funeral is one of the most important, stressful and emotional experiences a family or individual has to endure so it is essential that the arrangements are handled professionally.

I am the 4th generation of the Welch family to be entrusted with running the family company. I joined A. Welch & Sons Ltd in 1992 as a driver/bearer. I qualified as an embalmer in 1996 and was accepted as a member of the British Institute of Embalmers. I then studied for the Diploma in Funeral Directing, passed those exams in 2004 and became a licensed member of the BIFD.The driving force behind our business is customer service. I am constantly aware of the huge responsibility we have to our clients and my aim is to make the process of arranging and attending the funeral of your loved one as easy and as comforting as possible through maintaining high professional standards, continually looking for ways

I started my career in the funeral profession in 2003 when I joined A Welch & Sons as a driver/bearer. In 2011 I was given the opportunity to become a Funeral Director and started to study for the Diploma in Funeral Directing.I successfully completed the course in March 2013, was awarded my Diploma and also became a Licensed Member of the British Institute of Funeral Directors. I enjoy the friendly atmosphere in which I work and it reflects in the way we look after the families who use our services.We make sure that we give families as much help and guidance as possible, through what is a very upsetting and distressing time. Providing our clients with guidance and comfort at this stressful time is what makes the job so worthwhile and very rewarding for me.

I started my funeral career in 1990 at the Cooperative Funeral Service and am now in my nineteenth year within the profession. I joined A Welch & Sons Ltd. in 2000.On joining A. Welch & Sons I was given the opportunity to study for the Diploma in Funeral Directing and successfully passed the examinations in 2004. This has also enabled me to become a Licensed Member of the British Institute of Funeral Directors - The BIFD. I have since enjoyed the friendly family atmosphere that the company promotes from the staff right through to the families we look after. Working to provide an excellent service, with the highest standards of customer care, guidance and help for families at a very stressful time of their lives is what provides the rewards that drive me to excel within this profession.

On leaving school I knew I wanted to pursue a career in counselling. I attended Canterbury College study A level Psychology, Biology and English. On completion of my A levels life took me on different path resulting in me starting a family so my career took a back seat.I started working at A Welch & Sons, initially as an administrator. I decided to embark on a Diploma Course in Grief and Bereavement Counselling in 2010. I completed this course successfully and received my qualification in 2012. I have enjoyed working as part of the 'Welch team' since 2009. We provide an excellent service to our families at a time of great stress and vulnerability and our aim is to keep that service at the highest possible standard. Part of that service can now continue beyond 'the funeral'.As a counsellor I aim to provide individuals and families, if necessary, support and help at a time it is often most needed but also often over looked: after the funeral when life is supposed to go 'back to normal' but very often doesn't.

Read more about our bereavement services

Our Fleet of Vehicles

We’re very proud of our brand-new Ford fleet but we are also able to organise mobility vehicles and vintage vehicles so please speak to us about your requirements and we’ll always do our best to meet them.

All our funeral directors are fully qualified members of the BIFD (The British Institute of Funeral Directors) and hold the Diploma in Funeral Directing. Tim Welch, the current Managing Director is also a fully qualified embalmer and member of the BIE ( British Institute of Embalmers). In addition, We are members of the NAFD (National Association of Funeral Directors) giving our clients the peace of mind that we operate within the NAFD’s strict Code of Practice Principles and giving them access to the Funeral Arbitration Scheme.

Our philosophy is a simple one: every funeral we arrange is the most important funeral we have ever conducted because it is so important to you. Every person whose funeral arrangements are entrusted to us is somebody’s son or daughter, and, in most cases somebody’s mother or father so we care for them as we would want our own children or parents cared for.

It is a fact that a funeral will always be a sad occasion but that doesn’t mean that it has to be miserable. A funeral should be a celebration of that person’s life, a time to remember the joy they brought into your lives and the happiness they shared with you in their life. It is our aim to help you achieve that goal and assist you to make the funeral service as comforting as possible.

A Welch and Sons Ltd 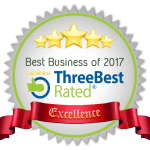 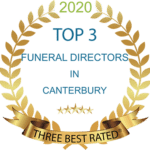